Restaurants And Bars To Close For COVID-19 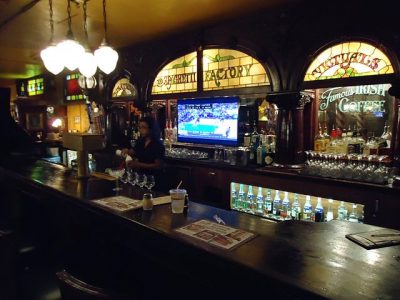 Phoenix, AR – Restaurants and bars are to close again after a sharp spike in confirmed COVID-19 cases.

At the start of America’s fights against COVID-19, many states had not been hit as hard as others. Places Like Los Angeles and New York City have been hotspots for the virus due to their large populace. Meanwhile, other cities such as Phoenix aren’t facing the same issues as higher populated areas are. Many believe the virus is on the decline.

Unfortunately, this isn’t the case. Through the month of May, the city began its slow reopening process. Businesses have been able to reopen while keeping safe and effective methods for patrons. Recently, though, videos online depict many people without masks. In highly populated areas, the bars and restaurants are not enforcing proper safety procedures.

While many businesses are opening fully to the public, many are opting to remain closed. While operations will likely continue in the future, no business wants to be responsible for spreading the infection.

Many businesses are closing due to the infection rates of their employees. The city of Phoenix has seen a drastic increase in positive cases for their workers. Thus, this is prompting shutdowns for many.

Due to the poor response of lockdowns, the city is seeing a large surge in infected citizens.

Many residents rely on their social lives for activities. For those who have been stuck inside, the urge to go out is high. Although these places are reopening, the majority of patrons have not been taking safety precautions seriously. This has been evident in recent cases. The levels of opening next to the level of confirmed cases. As soon as businesses fully opened, COVID-19 spread fast. Infection rates increased. The data shows this issue is not slowing down.

The state has returned to the previous conditions. Restaurants, bars, and other businesses can operate at 50% capacity. This is to limit the spread of the virus and continue to keep the state on a downward trajectory.