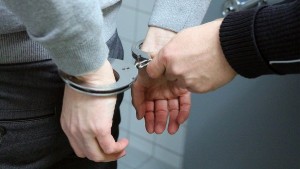 PHOENIX, ARIZONA – On Monday a Phoenix family returned from being away from their home only to discover that two people were basically living in their space for the day. On Sunday this odd story got weirder as the female suspect, Bryanna McKnight returned to house. This time she was arrested.

Then on Tuesday night the original male suspect also showed up back at the house. And this is where the already weird story gets next level strange. The police let the man go free. Apparently, the man explained to police that the woman, Bryanna, had duped him into believing that the Steven’s home was actual the home for her parents. Consequently, officers didn’t feel like they could prove that he knowingly committed crime.

This whole bizarre affair started when McKnight and the male suspect showed up at the house near Northern and 7th Avenue early on Saturday. The two of them stayed and didn’t leave until Sunday evening.

“And very casual, they moved around very slowly,” said Eric Stevens. “They were here 24 hours and drinking and eating and showering and pretty bizarre.”

According the homeowner, McKnight even tried on the wife’s clothes while she was there. On Sunday they left with articles of the wife, Joy’s, clothing and they took the husband’s work truck.

Ultimately, police arrested McKnight, 26, for robbery and vehicle theft. At the time they hadn’t found the male suspect. That was until he arrived on Tuesday night.

Phoenix Police say the case is still open but as of now, they maintain the man was simply conned by the woman.