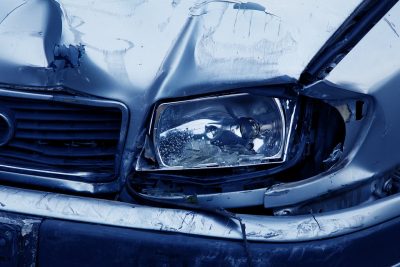 PHOENIX, AR – After a man was stabbed 9 times and killed over his damaged car, 3 suspects have been arrested and are facing charges.

Last week, Isaac Clark and a couple of his friends were at Deer Valley Park at nighttime. The Phoenix Park is located south of the State Loop 101, right on 19th Avenue.

Eldon Sandoval, Maurice James and his sister Chantel Ben, all between 18 and 24 years old, were standing close to Clark’s tan 2000 Toyota Camry.

When Clark saw the trio near his vehicle, he approached them to ask about their intentions. The encounter initiated a fight between the two groups. They verbally argued and physically fought.

Court records observe that the dispute was brief and then both sides separated and parted ways.

However, shortly after, James and Sandoval began to willingly damage the sedan. They allegedly jumped on the roof of the vehicle and broke all the windows.

At that moment, court papers say, that Clark rushed toward his car and, once again, confronted the trio. That is when the second fight broke out.

This time, Clark was stabbed multiple times. He received nine stab wounds, two of them in the neck.

Police reports show that Clark was taken to a nearby hospital, where around 2:30 a.m. of Wednesday, he passed away from the injuries.

Both Ben and Sandoval were located and taken into custody around West Behrend Drive and 21st Street. Meanwhile, James was later arrested at a West Beardsley Road apartment.

The three of them were thoroughly interviewed by the authorities.

Sandoval recognized he had a knife on him and pointed out that James was also carrying one. Apparently, this led the police to determine both men had taken part in the stabbing.

One of the knives was found inside Ben’s purse.

Sandoval and James also admitted to damaging Clark’s car. The acknowledged breaking the windows, jumping on the vehicle’s roof, and even kicking the windshield several times.

Both men are being held at the Maricopa County jail since their department is in charge of the investigation. They have been denied bond and are set to testify in court this Thursday, to face their second-degree murder charges.

Meanwhile, Ben must appear in court on October 23rd. She is facing charges that include police obstruction and hindering.