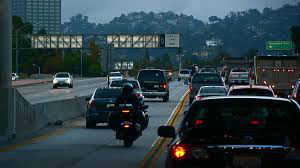 PHOENIX, AZ – Twitter isn’t always the most friendly place. Let’s face it, it can be downright nasty. And it certainly is right now for a man busted for driving in the HOV lane when he shouldn’t have been. All this hubbub comes after a tweet was made by the Arizona Department of Public Safety on its verified Twitter page. In fact, there’s a picture attached with pretty damning photographic evidence.

Officials ticketed the driver for an HOV lane violation. See, police spotted the man zipping along in the HOV lane with a fake passenger. That’s right. A dummy passenger rode shotgun in the car.

As it turns out, it was an inflatable woman he’d rigged with a shirt and baseball cap. Police caught up to the man along the Loop 202 at Alma School Road.

No doubt there’s been a history of embarrassing incidents similar to this one. In fact, in September 2018, DPS officials also tweeted out a photo of a driver whose passenger was not a live human being. Strangely, this incident occurred also occurred on Loop 202, just near Van Buren.

As per Arizona state law, HOV lanes, during the posted times, are set aside for cars with two or more occupants. This would include the driver. Furthermore, the standard penalty for defying this regulation is a $200 fine.