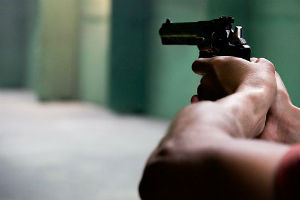 PHOENIX, AZ – The identity of a woman who was recently gunned down in a West Phoenix parking lot is now known. On the heels of that information, also comes news that her family is trying to raise money for her funeral arrangements.

Dozens of people attended the car wash fundraiser in order to show support for the deceased, Nicole Martinez. Martinez was a mother who leaves behind a teenager daughter.

“She was an inspiration to everybody,” said Annette Martinez who is Nicole’s sister. “She loved everybody. It’s a big loss, a very big loss and we miss her.”

Her daughter, Akira Arias, added, “She was my everything – she was my rock. I’m kind of in shock. I don’t want to believe it. I keep calling her and she’s not picking up.”

Her sister, Annette, went on to say there’s an enormous community affected because she’s no longer around. Annette emphasized that Nicole was around for everyone, not just her family and friends. “It was all the friends and all her students and everybody that leaned on her.”

In addition to the car wash, the family has started t a GoFundMe campaign in an attempt to raise funds for her funeral expenses.