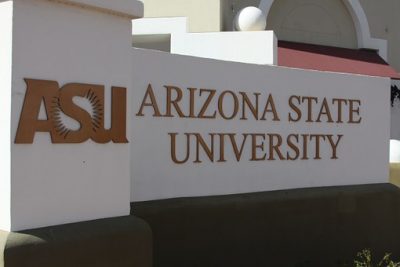 PHOENIX, ARIZONA – The police force at Arizona State University is searching for an 18-year-old that was described as a 6-foot-tall skinny-built man, as he has been accused of sexual assault. His outfit is unknown, and his name has not yet been released to the press.

The assault took place Saturday night at a Tempe campus residential hall after the victim met the suspect on a dating app. On Sunday, police received the sexual assault and aggravated assault reports.

The victim recalled when she revoked consent and the suspect proceeded to assault her, possibly provoking her to lose consciousness at some point.

University police wanted to make sure the campus community knew that consent may be revoked at any time and the importance of receiving proper consent for each act.

The police forces also took the chance to advice using caution when permitting access to personal information or to one’s residence, especially when meeting someone for the first time via online platforms.

News of the assault arrive only a few days after Tempe police department arrested a suspect for allegedly groping a sleeping woman on light rail. He was later admitted into jail on two counts of assault and one of sexual abuse.

Recently, at the ASU Tempe campus, there have been multiple groping incidents that have left the authorities looking for possible suspects.

A new study showed that the beginning of the fall semester brings with it a peak in sexual assaults on college campuses. The first six weeks of school have been referred to as the ‘red zone’, since people are still getting adjusted and it is usually incoming freshmen.