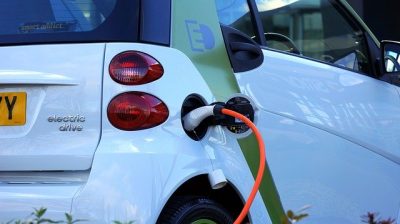 Electric-vehicles are better for the environment than cars that require gasoline or diesel. You’ve probably heard of this but we’ve provided some further information.

According to research, electric-vehicles release fewer greenhouse gases and air pollutants. This is over their lifetime. This is also in comparison to other modes of transportation (no this does not include bicycles).

For the record, over a year, an electric car alone can save about 1.5 million grams of carbon dioxide from being put out into the world.

Just imagine the impact it would have if everyone was able to own an electric vehicle! The overall air quality would be substantially better.

Something crazy to consider is that transportation on the road, accounts for around half of London’s air pollution, according to the Mayor of London.

More than a third of the lifetime of CO2 that’s released from EVs come from their production. This is due to the usage of lithium-ion batteries which are an essential piece of an electric car.

In the midst of the market trying to reuse and recycle batteries, an electric vehicle is the best option when purchasing your car.

As technology advances, so does the making of such cars.

Hybrid cars are just as energy-efficient as fully electric-run cars. The source of your energy can be a huge factor in how much you’re contributing to emissions. Consider renewable energy sources such as GoElectric tariff.

According to research done by the European Energy Agency, carbon emissions are still down to 17-30% compared to petrol or diesel cars.

EV cars and their advancements are astounding! Not only does this impact the nature of the world, but it also affects the quality of the air we breathe. Your decision to buy today will control your tomorrow!