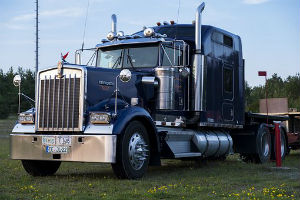 According to the U.S. Department of Labor, the time drivers spend in sleeper berths should not be considered compensable time except in the event they are definitely performing work or on a call.

DOL Wage and Hour Division Administrator Cheryl Stanton laid out this assessment in an opinion letter penned on July 22 . Her take was based on the federal Fair Labor Standards Act.

Stanton noted that past guidance provided by the departments Wage and Hour Division had qualified as “unnecessarily burdensome for employers.”

Stanton also wrote in the opinion letter that her assessment “adopts a straightforward reading of the plain language under which the time drivers are relieved of all duties and permitted to sleep in a sleeper berth is presumptively non-duty sleeping time and non-working time when the employer permits the employee to sleep in adequate facilities.”

She went on to say that “non-working time” holds true whether the truck is moving or standing still. In essence, it doesn’t matter whether the truck is in locomotion or not, if you’re not working then the time shouldn’t be paid for. Pretty simple when you think about it.

Helpful Clarification For the Trucking Industry

The American Trucking Associations said the opinion will enable the industry to more fully grasp its compliance duties. This way it doesn’t have to figure out these matters after the fact, through “costly and wasteful litigation.”

ATA officials were pleased that the letter very plainly and simply interpreted the law. This transparent approach ran counter to the dense, complicated readings of the law from various outlier decisions. Furthermore, they appreciated that the simple reading of the law reinforced a long time understanding of the rules by the trucking industry which had gotten confused by recent legal decisions.

What do you all think? It makes sense that if you’re not actively working in the sleeping berth then you shouldn’t get compensated, right?